Disruptive marketing strategies for 2020 – A new way of thinking

Disruptive marketing is a phrase that was primarily considered in the technology environment where significant changes could take place with a product in a nano second and have products live and die by the stroke of new idea or application.

In truth, disruption is more a business model than a marketing approach. Most companies still tend to market through traditional means, which provide plenty of opportunities for rival companies to disrupt current messages. However, consumers have become stubbornly resilient to shifting messages, thanks to an increasingly crowded market. To combat this, a company’s product or service must innovate and pay attention to consumers, delivering exactly what the market wants.

A disruptive company has one of two goals: design its product or service to match the demand of an emerging market, or re-shape an existing product or service to meet the demand of customers unsatisfied by the current offering. From this starting point, a marketing team designs an advertising campaign with disruptive messages that either challenge the conventional thinking in an existing market or speak to a new one.

For example when iTunes was first launched music consumers wanted to purchase songs on the radio without having to purchase the full CD. Singles as they were once called were a mainstay of early radio and the 45 record.  Singles were no longer available on a compact disc.  By introducing a new approach based on consumer desire the whole new online purchase of music was invented.  Apple was recognizing a need and fulfilling it.

Companies attempting to employ disruptive marketing need to be prepared to change their business model, their outbound product or service, and the message they send to consumers. Depending on the size of the company, this can be a risky venture. However, maintaining the same business model over time can be even riskier.

Just ask Kodak, which in less than 20 years went from the fourth most valuable brand worldwide to bankruptcy. Why? Because they weren’t prepared for customers to stop buying film and switch to digital photography. The market had been disrupted, and Kodak failed to adjust.

Given the rapidly changing face of business and the technology supporting it every company should at least prepare to use disruptive marketing. As stated most prominent industry currently employing market disruption is the technology industry. Computers, phones, the web, or any electronic device or service can be shipped as a minimally viable product, and then be updated regularly while already in the possession of its customers.  However based on the knowledge consumer (that online connected mobile shopper who has the knowledge of the world in the palm of his hand) disruptive marketing is everywhere. 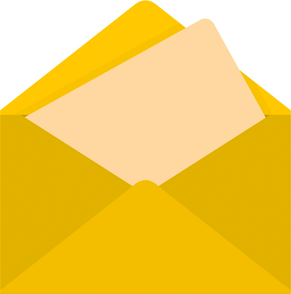